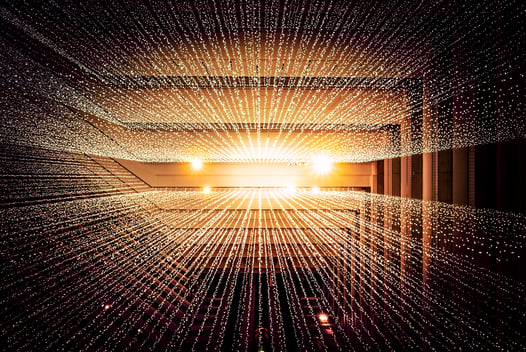 It’s no surprise that the team here at Metrikus are big advocates of innovative IoT devices. They’re already making our lives easier and better connected, with smart tech improving our workplaces and homes, and creating energy savings.

These devices go way beyond the workplace though; smart tech is being created to help make the world a little more equitable. Assistive technology has been available for centuries, but advances in the technological world mean they’re becoming even smarter and more intuitive.

We’ve selected a few devices that have been built specifically to assist people with disabilities or health issues, and address concerns that are often overlooked by the mainstream market. Read on for our top picks, including a feature from one of the inventors himself.

If you’re unsure what the Internet of Things (IoT) is, check out our PropTech Guide to IoT and our list of five IoT TED Talks to watch.

Once the small sensor is inserted under the skin, it uses real-time data tracking to alert users when their glucose levels are too high or low. The device is compatible with Apple and Android smartphones and watches, so alerts can be sent directly to the user’s phone.

And the best part: diabetes sufferers can say goodbye to finger pricks.

This tiny sensor, released earlier this year, is making waves in the healthcare industry. The advanced sensor is wall-mounted, and can track movement, breathing, and presence (or lack of) without intrusive cameras or wearable devices.

A sensor of this nature is hugely helpful in residential homes and hospitals, because it can accurately track the safety of residents and patients (e.g. can detect falls). This provides better care for patients with conditions such as dementia without intruding on their privacy.

It even works in water, so residents can shower in peace while their safety is ensured.

When it comes to wearable IoT devices, our minds go straight to accessories rather than actually clothing. Dhairya Dand – an MIT researcher, designer and engineer – created a pair of insoles that pair with a user’s smartphone and vibrate to give them directions.

While walking, the insoles vibrate left or right to let the wearer know when to turn, removing the need to constantly stare at a screen! They can take the user to a specific destination, or lead them somewhere new based on previous walking habits.

We spoke to Dhairya to understand how the insoles are helping different types of wearers, what the reception was like, and how on earth he came up with the idea.

Metrikus: First off, where did the idea for SuperShoes come from?

Dhairya: This was back in 2012, and everywhere you went in public transit, restaurants, bars, or while walking – people who were alone were almost always on their phones. Sometimes they were tending to important working or personal communications, but mostly they were killing time.

They were disengaging from the real world, and there were no more serendipitous explorations, no more discovering new streets or nooks by chance. I wanted to bring some wonder and wander back to city life while maintaining the advantages of digital devices.

From here the shoes were born. They’re discreet insoles so the wearer can keep their phone in their pocket, navigate wherever they want or get surprised by being taken somewhere the shoes think they’d like. The core idea is a new digital medium which allows you to interact with the real world, while encouraging curiosity and chance encounters.

Metrikus: How are SuperShoes creating a more equitable world?

Dhairya: I like to think the insoles do this in two ways; first of all, our city explorations are monopolized by ratings on apps, reviews, and paid content, which favors companies with bigger budgets and better knowledge of social trends. This excludes people who aren’t great with social media, or parts of the city that aren’t ‘instagrammable’.

The shoes allow wearers to break this cycle, encouraging exploration and wandering into new neighborhoods and streets.

Secondly, the shoes have had a great response among the visually impaired community, as well as those suffering with social anxiety who may find it difficult to be in large crowds.

Metrikus: Can you tell us about any success stories?

Dhairya: One of my favorite ones is from a couple who met each other, not through online dating, but because they were both exploring the city using the SuperShoes. It gives a whole new layer to the metaphor of being on a journey!

Some other great feedback I’ve received is that lots of people find them helpful when taking a digital detox in an attempt to be more mindful and listen to their body more. In a world where every app wants our attention, we need tech that helps us reset and be more intuitive.

Tech can really help our lives in ways we never realised, and as innovation continues IoT devices will only become smarter.

If you liked this article, take a look at the 10 weirdest IoT enabled devices of all time, or if you’re ready for IoT to make your life a bit easier, get in touch with our team to see how we can help you.

Part One: ‘I just want to build perfection’ Metrikus Meets is a series where we talk with some of...
Read More

Part Two: 'How can we negotiate a future that's going to make employees happy?'  What has been your...
Read More

Part Two: ‘Workplace managers are already at the forefront of the future of work’ Metrikus Meets is...
Read More
×